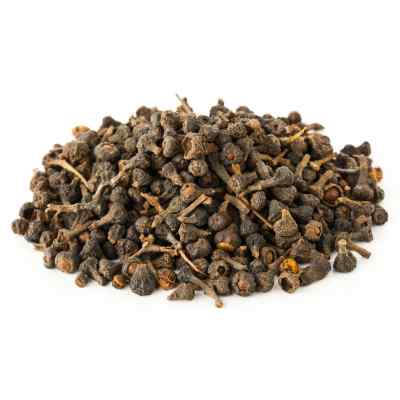 Cinnamon or cassia buds although rare, are also used as a spice. They are used in many powdered masala mixes for the unique flavour they impart.

Cinnamon buds are similar to cloves in appearance. They.are the unopened flowers of the cinnamon tree that are picked just before blooming and dried in the sun.Their flavour is close to cinnamon but with more of a floral, winey scent.Their odour is rather interesting: mild, pure and sweet. To release their fragrance, they must be finely ground.

Nagkesar features as one of the ingredients in the famous Parsi Dhansakh Masala, Maharastrian Goda Masala and Malvani Masala powders. Some East Indian bottled masalas also use nagkesar or cinnamon buds as an ingredient. The whole buds are also good for flavouring curries, pulaos and spicy meat dishes.