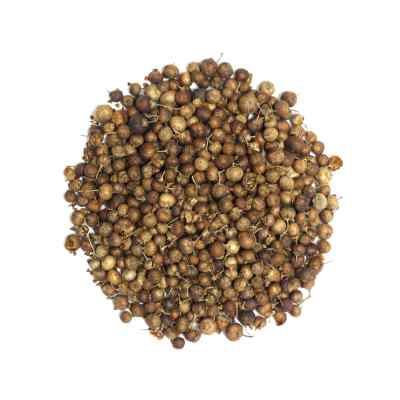 Mehndi Seeds: Mehndi Seeds is a tall shrub or small tree, standing 1.8 to 7.6 m tall (6 to 25 ft). It is glabrous and multi-branched, with spine-tipped branchlets. The leaves grow opposite each other on the stem. They are glabrous, sub-sessile, elliptical, and lanceolate (long and wider in the middle; average dimensions are 1.5–5.0 cm x 0.5–2 cm or 0.6–2 in x 0.2–0.8 in), acuminate (tapering to a long point), and have depressed veins on the dorsal surface.

The majority of people probably associate henna with the dark-red/brown dye for hair and skin that is traditionally used in Eastern cultures, but the name also applies to the flowering plant from which that dye is derived. As the sole species in the Lawsonia genus, Mehndi Seeds has many different names across the globe, including Mehandi and Egyptian privet, but they are all describing the same remarkable plant, which has the scientific name Lawonia inermis.

You can identify a Mehndi Seeds plant by its small white or pink flowers, as well as the small fruit it bears. Mehndi Seeds can be used in a wide variety of ways, including its dye form, as well as in aqueous extracts, tinctures, and salves, composed of the bark, seeds, or leaves. This versatility makes henna a very valuable element in traditional medicines, particularly Ayurvedic practice.

Mehndi Seeds is an Ayurvedic herb used for the treatment of fever, dysuria, jaundice, ulcers, bleeding disorders and skin diseases. The powder or paste of the Mehndi Seeds (Madayantika) plant is given to treat diarrhea and irritable bowel syndrome.