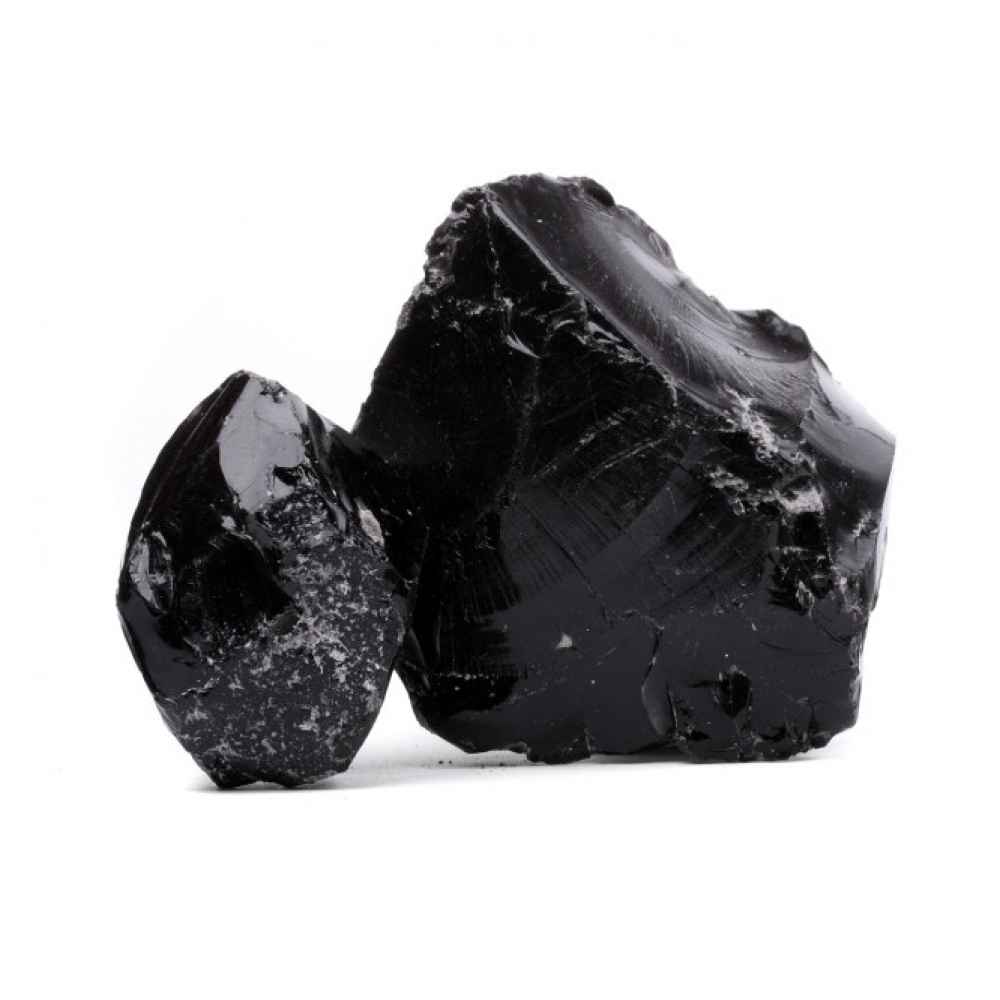 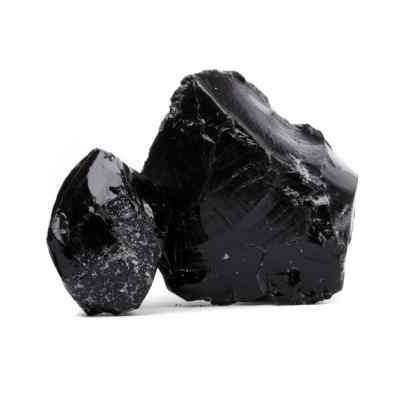 Ayurvedic remedy shilajit offers an alternative way to manage all kinds of ailments from diabetes to low hemoglobin levels, sexual health issues, Alzheimer’s disease, urinary disorders, and stress. Loaded with minerals and antioxidant nutrients, this adaptogenic rejuvenator can even rescue you from high altitude sickness!

Sourced from the Himalayas, shilajit, mineral pitch, or mumijo is as potent as it is exotic. Made of organic plant material and humus from the earth, this ancient remedy is packed with nutrients, including 84 minerals like copper, iron, and zinc. And while the dark, sticky substance may literally be a bitter pill, the results for your health are quite sweet! Courtesy its nutrient richness and healing properties, shilajit has been used to treat all manner of ailment from diabetes to immune system problems and even digestive, urinary, or reproductive health problems. Here’s a detailed look at its powerful health benefits.

1. Improves Stamina And Battles Fatigue
Shilajit is considered a rasayana or rejuvenating remedy in ayurveda and siddha medicine, helping revitalize the body, reduce ailments, and improve your quality of life. If you need to improve your stamina or rejuvenate the body, this ayurvedic remedy could be a good option to consider. Fulvic acid, a major component of shilajit, can ease fatigue and weakness and give you the boost you need to overcome these problems. The remedy helps with energy production and improves immunity as well.

The main bioactive component in shilajit is fulvic acid. It helps transport nutrients to the deep tissues, expels toxins from the body, and boosts blood circulation.

Animal studies have also found that shilajit can alleviate behavioral symptoms of chronic fatigue syndrome (CFS). While the exact causes for CFS are unknown, dysfunction of the hypothalamic-pituitary-adrenal axis in our body is thought to be a trigger. Shilajit may be able to modulate the axis and bring relief to people grappling with CFS. The study also showed that shilajit can help reverse oxidative damage to cell mitochondria seen in CFS. Mitochondria are involved in the production of energy in the body and shilajit may be able to protect their integrity and function.

2. Boosts Hemoglobin Levels And Iron Absorption
Shilajit may be just what you need if iron deficiency or malabsorption is a problem you face. An animal study found that shilajit given at the dosage of 500 mg/kg had anti-anemic activity, improving hemoglobin levels and red blood cell count and fighting iron-deficiency anemia.

If you have low hemoglobin levels in the blood, taking shilajit along with amla (Indian gooseberry) and iron could also help. Researchers have found that a dose of 25 mg of purified shilajit with 10 mg of elemental iron and 50 mg of amla can help raise levels of hemoglobin by 1 g/dl or more every week. This is especially useful if you have malabsorption syndrome and your body isn’t able to leverage the iron you’ve been consuming through your diet. It is also an alternative if your system has not been responding to conventional chemical or metal remedies.

3. Improves Testosterone Levels And Fertility In Men
Animal studies show that shilajit can work as a fertility agent in women as well, helping induce ovulation.

Shilajit may offer respite to men looking to raise their testosterone levels to boost fertility. As one study revealed, taking a 250 mg dose of the ayurvedic remedy twice a day for 90 days helped significantly increase levels of total testosterone as well as free testosterone and dehydroepiandrosterone, a hormone that’s a precursor to testosterone, in healthy volunteers. In another study on infertile male patients with total sperm count of under 20 million/ml of semen (oligospermia), taking 100 mg capsules of processed shilajit twice a day helped raise the total sperm count and testosterone levels. Shilajit is also considered an aphrodisiac for men, with animal studies confirming its ability to boost sexual drive and performance.

4. Protects Bones And Joints
Shilajit is also good for your bones and can be used to help fight conditions like osteoporosis. Animal studies confirm that it can improve the mechanical strength of bone tissue and bone weight. Its anti-inflammatory properties also make it beneficial for those with rheumatoid arthritis or osteoarthritis. Shilajit is said to nourish your joints and can ease inflammation and pain associated with these ailments.

5. Offers Relief From Pain
Shilajit also works as an analgesic, easing pain and other discomfort associated with inflammatory or chronic illnesses. In an animal study, the remedy showed potential in chronic pain management, helping reduce the intensity of pain in the subjects. Traditional medicine also uses it as a painkiller for conditions as varied as bone fractures, wounds, headaches, and body pain.

Shilajit has adaptogenic properties you can tap into if stress is a constant reality. Herbal formulations which combine shilajit with ashwagandha, holy basil, shatavari, and bindii have especially been seen to improve the ability of your body to manage and cope with stress. The adaptogenic properties of these herbs help restore normal physiological functioning which may have been impacted by the stress. And as one animal study found, this potent herbal mixture can be just as effective as well-established and popular restorative and revitalizing remedies like ginseng.

7. Boosts Function Of The Urinary System
Karpura shilajit bhasma, a powdered herbo-mineral medicine made with shilajit, aloe juice, and rice wash, has strong diuretic properties and helps flush out excess fluid and sodium in the body.

Shilajit is a diuretic and has applications for urinary problems in ayurveda – an effect noted in animal tests as well. When taken along with lots of fluids like water, shilajit as a diuretic can help flush out stones in the urinary tract. It also helps improve bladder function and strengthen and tone the kidneys.

8. Fights Microbial Infections
Thanks to its anti-inflammatory action and ability to counter oxidative damage, shilajit hastens wound healing and can help heal gastric ulcers quicker. Animal studies show that it may work by reducing gastric acid secretion and pepsin levels.

The antiviral properties of Shilajit, courtesy its component humic acid, might make it a possible remedy for some common viral infections. An in-vitro test found that it worked against the herpes simplex virus (HSV) type 1 and 2, as well as the human cytomegalovirus 32 (HCMV) and the human respiratory syncytial virus (RSV). Other research has noted its effectiveness against Staphylococcus aureus, Escherichia coli, Pseudomonas aeruginosa bacteria as well as Candida albicans fungi. Together, these pathogens are responsible for many digestive, skin, and respiratory infections that we constantly grapple with.

9. Helps Protect The Heart
Shilajit may work as a cardiotonic thanks to its antioxidant benefits. Animal studies confirm its ability to improve heart function and protect it from myocardial injuries. Shilajit may also have a favorable impact on blood cholesterol levels, a risk factor in heart problems like atherosclerosis. In one study of healthy volunteers, taking 2 g shilajit for 45 days helped reduce triglyceride levels and improved HDL levels. The antioxidant status of the subjects also improved.

10. Helps Manage Diabetes
Ayurveda combines shilajit with other herbs like ashwagandha, bhringaraj, guduchi, kutki, and holy basil to make a formulation that brings down hyperglycemia.

Another area shilajit has garnered attention is in its potential to help those with type 2 diabetes. In one animal study, shilajit helped significantly reduce blood glucose levels and improved the lipid profile of the diabetic test animals. In addition, when shilajit was administered with typical medication for diabetes like metformin, it helped enhance the glucose-lowering ability of the drugs. The destruction of beta cells in the pancreas is thought to have a role to play in the development of diabetes.

11. Fights Addiction-Related Withdrawal
If you are fighting an addiction, shilajit could help ease the symptoms of withdrawal. This has especially been seen in the case of opioid withdrawal symptoms. Shilajit also had a positive impact on tolerance and countered dependence on opioids. Other animal studies show that it helps reduce alcohol withdrawal anxiety, both on its own as well as with ashwagandha.

12. May Help Ward Off Alzheimer’s
Shilajit is being explored for its potential to help those at risk of developing Alzheimer’s disease (AD). The ayurvedic remedy is said to improve cognition and may be able to help prevent or delay the onset of the disease.

Shilajit is traditionally used to treat epilepsy and may be able to reduce the frequency and intensity of seizure attacks. Animal studies confirm that it can help with faster recovery from a seizure and may even have a protective effect against them.

Fulvic acid in shilajit may be responsible for its potential to protect against dementia. The fulvic acid in this herbal cure may help by blocking tau protein aggregation. A buildup of tau protein is thought to impair brain cells involved in learning and memory and has been noticed in people with neurodegenerative conditions like Alzheimer’s disease or with cognitive impairment. However, longer and more extensive studies are needed to establish if shilajit is a viable treatment or preventive measure.

13. Works As A Remedy For Altitude Sickness
The anti-anxiety and adaptogenic properties of shilajit also make it a great remedy for insomnia.

Travel to high altitudes can sometimes affect the body adversely, causing headaches and lethargy. Shilajit helps combat precisely these problems, thanks to the ability to supply energy and nutrients to your tissues. It also stimulates your immune system and helps you better cope with the stress of high altitudes both mentally and physically. It can also boost the ability of your blood to carry oxygen whilst also improving the blood circulation itself, something that’s invaluable if you’re experiencing hypoxia or oxygen deficiency. You could take it as a rejuvenator when you travel to high altitudes, especially if you’re prone to such issues.

14. Has Anti-Cancer Benefits
Shilajit may be able to fight tumor growth and can be toxic to cancer cells. This is possibly linked to its antioxidant, anti-inflammatory, and immune-modulating properties. It may also offer protection against radiation-induced damage during treatment for cancer. In one animal study, it helped counter the oxidative stress and cell damage associated with radiation and protected the ovaries.

Shilajit is traditionally had with milk or incorporated into other herbal formulations.